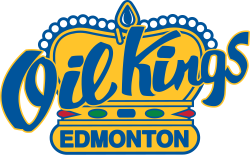 The junior hockey version of the 'Battle of Alberta' continues tonight at Rexall Place as the Oil Kings meet the Hitmen for the first time this season.  Both teams come into tonight's tilt with unblemished records.  Edmonton is coming of a dominating 3-0 win in Lethbridge where they outshot the Hurricanes 60-20.  Curtis Lazar, TJ Foster and Henrik Samuelsson scored for the Kings while Tristan Jarry recorded his first WHL shutout.  Zane Jones, with a two goal effort, led the Hitmen to a 5-1 win over Kootenay on Tuesday night.
﻿﻿
﻿﻿﻿﻿﻿Last Year: The Oil Kings were 5-1 last season against the Hitmen.  Calgary surged up the standings finishing 3rd in the Eastern Conference at season's end.  Their season ended at the hand of the Brandon Wheat Kings in the first round of the playoffs.

The Opposition: The Hitmen figure to be one of the top teams in the Eastern Conference.  Two seasons ago the they finished last overall in the WHL, and as earlier mentioned they weren't in the rebuilding cycle for long.  Calgary adds Jake Virtanen, the first overall pick in the 2011 Bantam Draft, to their lineup full time this year.  They are without Victor Rask at the moment as he is in training camp with the Charlotte Checkers, and is eligible to spend the season in the AHL.
﻿﻿﻿﻿

Notes: The Oil Kings will be without defenceman Cody Corbett as he is headed to Buffalo for the USA Hockey All-American Prospects Game.  He and Seth Jones of Portland are the lone WHL'ers in the game.  Defenceman Martin Gernat underwent shoulder surgery in Europe yesterday, he is expected to return to the Oil Kings next month.  Tonight is one of nine games on the WHL schedule.  It is the first of six meetings between the two clubs this season.  Pregame at 6:45, puck drop at 7:00 on the Team 1260.

The Oil Kings hit the road for the first time this season tonight in Lethbridge.  The Kings are coming off a pair of opening weekend wins, 5-2 over Kootenay and a 6-2 decision over the Rebels.  Meanwhile the Hurricanes split a pair of games with Medicine Hat.  Tonight the Kings will look to run their regular season winning record to 14 straight, going back to the end of last season.    ﻿﻿

﻿﻿﻿﻿﻿
﻿﻿﻿﻿﻿Last Year: The Oil Kings were 5-1 last season against the Hurricanes.  Their only loss was early in the season at the Enmax Centre.  That loss signaled a changing point in the year for Edmonton as they became a more consistent team after that game, ripping off eleven straight victories heading into the Christmas break.
The Opposition: The 'Canes continue to be a rebuilding team this year with nine seventeen year olds and three sixteen year olds on their roster.  Last year the club won 29 games, finishing 11th in the WHL's Eastern Conference.  Expect a competitive club that could surprise some teams this year.  Once again they went out and brought in a veteran twenty year old goalie to be the back bone of the team.  Last season it was Damien Ketlo, this year it is former Tri-City American Ty Rimmer.
﻿﻿﻿﻿
Leaders:

Next Up:  The Oil Kings return home for a three game homestand, opening Friday against the Calgary Hitmen.  They also welcome Prince Albert and Saskatoon.  The Hurricanes hit the road for three games beginning Saturday night in Kootenay. 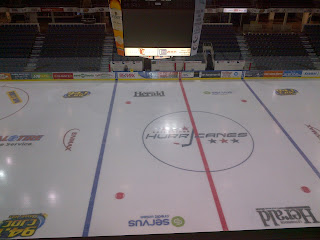 Notes: The Hurricanes have reassigned goaltender Tanner Kovacs to Whitecourt of the AJHL. Portland's Nic Petan has been named this week's WHL Player of the Week. The Rebels have acquired 20 year old defenceman Brandon Underwood from the Regina Pats in exchange for a 4th round bantam pick in the 2013 draft. Earlier in the week the Rebels acquired 18 year old Matt Bellerive from Vancouver for a 3rd round pick in 2014.  The Giants have picked up 20 year old Trevor Cheek from Calgary in exchange for 4th and 5th round bantam picks.  Former Oil King defenceman  Ryan Dech has committed to the University of Regina where he will suit up for the Cougars in the CIS.  Tonight is the first of six meetings between the Oil Kings and Hurricanes.  Pregame show at 6:55, puck drop at 7:05 on the Team 1260.

The Oil Kings open up the 2012-2013 season at home tonight against the Kootenay Ice.  The matchup is a rematch of the first round of the playoffs from last spring.  The game features the last two WHL Champions going head to head as well.  Tonight is the first time the two clubs open the season playing each other since the Oil Kings very first game in 2007.  The Kings won in dramatic fashion on JP Szaszkiewicz's last second goal.

It will be a special night at Rexall Place as the Kings will celebrate last year's championship one last time, raising another banner to the rafters.  It will be the first league championship banner at Rexall since the 1989-1990 Stanley Cup banner was raised.  With the NHL lockout in full effect, 'The Other Oil in Town' become the Only Oil in Town (for now).

Last Year: The Oil Kings owned the Ice last year winning all six regular season matchups.  They also swept Kootenay in the first round of the playoffs.

The Opposition:  The Ice enter an unfamiliar phase of their franchise history, becoming a young rebuilding club after a very strong run in Cranbrook.  They have made the playoffs for the last 14 years and have been to three Memorial Cups, winning one.  They feature nine 17 year olds, and a pair of 16 year olds on their roster.  Gone are severl veterans, including goaltender Nathan Lieuwen, forwards Max Reinhart, Jesse Ismond, Joe Antilla, Dylen McKinlay and defencemen Luke Paulsen, and John Neibrandt.

The Oil Kings kick of defence of their 2012 WHL Championship on Thursday night against the Kootenay Ice.  The Kings return 18 players from last year and on paper are poised for another strong run at a Memorial Cup appearance in Saskatoon this season.  With the recent trading of Tristan Sieben to the Vancouver Giants and the release of veteran defender Ryan Dech, the roster now sits at a manageable 24 players. 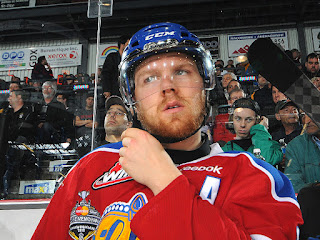 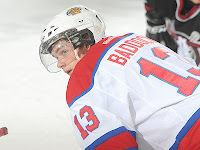 #13 Brandon Baddock- The 17 year old forward joins the team after spending last season with the Lloydminster Bobcats of the AJHL.  Baddock, Edmonton's 7th round pick in the 2010 bantam draft adds size to the forward unit, and is expected to play a physical game for the Kings.  He posted a pair of goals and three points along with 91 PIMS last season. #17 Luke Bertolucci- Another forward who spent last season in Junior A.  Bertolucci was a member of the Trail Smoke Eaters of the BCHL last season, registering 18 points in 47 games as a 16 year old.  Smaller than Baddock, look for Bertolucci to play an energy role and be involved with the Kings PK unit. 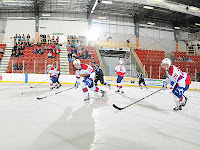 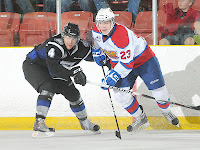 #23 Edgars Kulda- The Oil Kings had so much success with their last Latvian import (Kritians Pelss) they re visited Riga in the import draft and called Kulda's name.  He is the younger brother of former Winnipeg Jet/Atlanta Thrasher Arturs.  I don't think Kulda will be able to match the speed of Pelss, but look for him to play a similar style game and be involved offensively.  He picked up a pair of goals in four preseason outings. 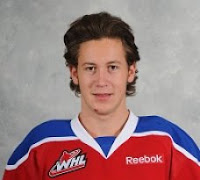 #26 Stephen Shmoorkoff- Maybe the biggest surprise on the opening day roster, Shmoorkoff impressed throughout training camp and preseason and earned a spot on the blue line with the Kings.  He has shown the ability to calmly move the puck, jump into the play and stand up for his teammates.  He (like Kulda) is a late '94 birthday making this his draft year.  Last year he suited up for the AJHL's Sherwood Park Crusaders posting five points and 144 PIMS. 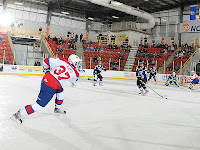 #37 Dysin Mayo- The smooth skating defenceman has already been compared to a young Mark Pysyk.  He is the lone right handed defender on the Oil Kings roster heading into the season.  The 16 year old has been very impressive during the preseason including scoring the overtime winner in the final game against Red Deer. 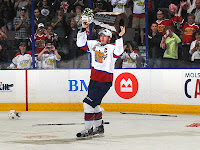 #3 Mark Pysyk- He was the face of this franchise for the first five years of their existence.  Pysyk was this club's first bantam pick, first modern era King to be drafted in the first round of the NHL Draft, and first to suit up for Canada at the World Junior Hockey Championship.  The list could go on and on, as the Captain will leave a large hole for this club to fill both on and off the ice. 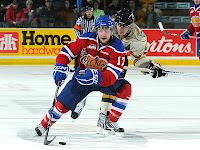 #17 Jordan Peddle-  Peddle made an immediate impact with the Kings after he was acquired in an early season deal with Swift Current.   A heart and soul type player he won a lot of battles in Edmonton and was a key contributor in the team's playoff run.  Peddle is planning on joining the University of Saskatchewan Huskies of the CIS this season. 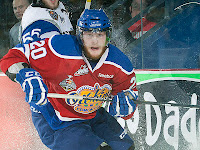 #20 Rhett Rachinski- Another heart and soul Oil King heading to the CIS is former captain Rhett Rachinski.  The Edmonton product played his entire WHL career with the home town club, capping his junior career with a Championship.  Rachinski is staying in Edmonton joining former teammates Jordan Hickmott and Drew Nichol at the University of Alberta.  He has scored the two of the biggest goals in Oil Kings history, in Prince Albert in overtime of the tie breaker game to earn the Kings their first playoff spot in 2008, and scored the OT winner in Portland in game 4 of the Championship series this past season. 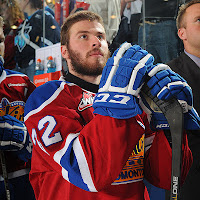 #22 Ryan Dech- The Winnipeg product was released from the club at the end of the preseason, victim of a numbers game on the back end.  Dech will be known as a great teammate during his time with the Kings, willing to do whatever it took to win.  No official word as of now where Dech plans to suit up this season. 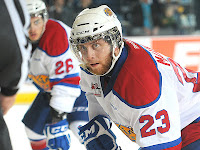 #23 Tyler Maxwell- The 20 year old sniper paid huge dividends for the Oil Kings after being acquired from the Everett Silvertips in December of 2011.  He slid into the Kings top line alongside Mike St Croix and Dylan Wruck and the team immediately clicked, running off 11 straight wins before the Christmas break.  He is playing pro hockey is Austria with Red Bull. 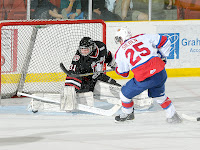 #25 Tristan Sieben- The local product was dealt to the Vancouver Giants for 2014 Bantam Draft Pick after the final exhibition game.  As a 17 year old rookie last season Sieben showed flashes that should make him an everyday WHL'er on the West Coast.  He has the potential to play an energy role and should have a larger role with the Giants this season. 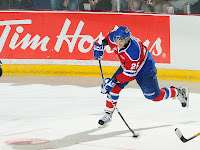 #26 Kristians Pelss- The Latvian speedster signed his NHL Entry Level Contract with the Edmonton Oilers during the playoffs last season.  He will likely be playing in either or Stockton of the ECHL or with Oklahoma City in the AHL.  The Kings will miss the speed that Pelss brought to the lineup, along with professional level shot.

The Kings open up at home on Thursday in a rematch of the first round of last year's playoffs with the Kootenay Ice.  They will raise their Championship banner and celebrate once more before the new season begins.  Faceoff is scheduled for around 7:20, and will be live on the Team 1260 at 6:45.  Stay tuned to the Team 1260 on Saturdays throughout the WHL Season as well for Oil Kings Weekly which airs at 5pm.

(All photos courtesy Andy Devlin/Edmonton Oil Kings)
Posted by Corey Graham at 9:00 AM

Corey Graham
Edmonton, Alberta, Canada
I'm the play-by-play voice of the Edmonton Oil Kings of the WHL, and host of Edmonton Sports Night Live on the Team 1260